Hoary verbena is an important plant for pollinators and birds in the Northern Great Plains. Photo ©: WWF-US / Clay Bolt

The sun seared broad, golden beams through the thin veil of moisture that levitated just above the grass. The mist, barely visible at dusk, transformed into morning fire in the breaking light. Although it was early, I could already feel the heat of the day coming on. The warming air was punctuated by the buzzing of sparrows and the lazy hum of a bumblebee making its first rounds of the day. After dumping as much coffee as possible down my gullet, I gathered my things and walked with Kate to the shed just behind the house.

Barn cats scattered as we walked into the coolness of its shade. “Do you know how to ride an ATV?” Kate asked. “Not really,” I confessed, “but I’m willing to give it a shot.” She had offered to take me to one of her favorite places on the ranch where she and her cousin Patrick, who helps run things at the 33, often camp during the summer. It was way too far to walk to, and while horses are still used regularly on the ranch, ATVs are often a more convenient mode of transportation.

I strapped my gear onto the back of the four-wheeler, while Kate ran me through the basics of operation. I recalled an embarrassing childhood moment when a friend gave me a similar lesson on how to ride a dirt-bike. That experience resulted in the bike nearly getting stuck in a tree. I pushed it away and focused. “Seems easy enough,” I lied and said a little prayer. Seconds later, Kate jetted off on her ATV down the long gravel driveway, crossing over a rural back road and into a pasture of rolling green hills. “Keep it around 35mph,” she had said just before racing far ahead, but even at that rate, I had to do my best not to fishtail on the loose gravel. I faked an air of confidence as she looked back to check on me, giving her a thumbs-up and nervous smile speckled with gravel dust and several deceased gnats.

We raced across the pastures, past Black Angus cows protectively positioning themselves between us and their calves, purple coneflowers dotting the hillsides, and a pair of eagles circling a nearby pond, their huge stick-nest precariously perched in a large cottonwood on the water’s edge. In that moment, I felt envious of the life that Kate had been able to lead, growing up knowing the feel of the earth beneath her boots and a sense of freedom that so few children are able to experience. But of course, life on a ranch is far from recreational. Vacations are rare and the work never really ends. Each day presents new challenges, some of which can make or break a ranching operation. It would be difficult to survive out here without a deep, abiding love for the land and the work—a point that I would be reminded of several times over the next few days.

Rapidly pushing on, over the next half-hour we threaded our way up toward a pine-laden bluff that rose up hundreds of feet above the badlands below. Driving more slowly as we approached the rocky summit, we rolled beneath pine boughs and oak branches that threatened to scrape us from our seats. Finally, sweaty and dusty from the journey, we turned off the engines and walked the rest of the way to a shady spot carpeted with golden pine needles. The air was hot and still among the stand of trees but a welcome relief from the sun’s intensity. We hung out for a while there, sharing stories about our past adventures and goals for the future.

Kate told me that she wanted to travel and spend some time living abroad like her Dad had done in his youth. She had dreams of coming back and starting an artist colony or writers retreat on the ranch to bring in extra funds. Like so many next generation ranchers, she was keenly aware that diversification is almost a must these days if one is to survive when times get tough.

The children of ranchers often have a tough time finding their way back to the ranch after going off to college. Life is just harder there, but the tether to the grasslands pulls strongly for many and prove difficult to sever. Additional non-ranching related ventures such as birding-tours, vacation cabin rentals, and hunting operations all play a part in helping the next generation return to the ranch and make a decent living alongside their parents or other family members living and working there.

Rested and ready to adventure on, we broke through the tree line onto a boulder-strewn ridge that dropped off sharply on both sides. Taking a few leaps of faith, we scrambled across the rocks to a grassy precipice offering another spectacular view. Turkey vultures rode thermals above us so closely that I felt that if my arms were just a little longer, I could have reached out and felt the brush of their wingtips as they passed by. Below us, the badlands splayed out before us as far as the eye could see. It was difficult to wrap my head around the concept of such a vast family-managed landscape. Cattle or not, this was a wild place. I felt gratitude that grasslands like these still exist.

Many species of moth thrive on the 33 Ranch.

Back at the house that evening I began wondering what the nightlife was like on the ranch. To be clear, I wasn’t thinking about beers around the campfire, but moths, beetles, and bats. Much of the life in any ecosystem clocks into work at night when the rest of the world is asleep. When we want to get a glimpse of these more secretive, nocturnal species we can use something called a light trap.

Kate and I stretched an old white bed sheet across the supports of a fuel tank out behind the garage. The wind was blowing hard that evening, which made me concerned that the only thing that would be flying would be the sheet itself. However, after getting creative with clamps and rope, we were able to secure the blanket. Next, I set up a mechanic’s lamp containing a mercury vapor bulb. Insects find the spectrum that is produced by these special bulbs irresistible.

Light trapping is a magical experience that’s akin to fishing in many ways. At first, nothing happens. You begin to get worried that you've done it all wrong and that the insects aren't going to show up. Snacks and beer might be required. Desperation sometimes sets in. Then, after drifting off for a while, you begin notice a few little micro-moths have suddenly appeared and are crawling around in the brightest areas. Let’s call these the first nibbles. Micro moths are tiny, but often ornate and gilded in metallic scales, and at least you’ve attracted something. After a good look you cast them back. Before long, however, a few beetles begin to show up, and then larger moths bumble in and stick to the sheet like Velcro, along with other species adding complexity to the palette. Relief sets in. 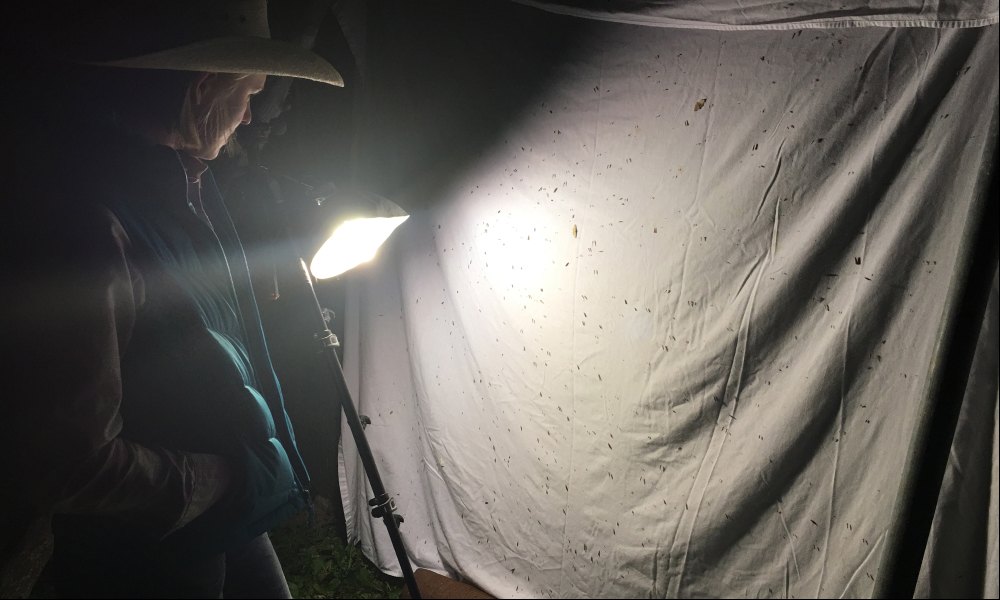 Kate Rasmussen keeps an eye on a light trap behind her home on the 33 Ranch. These simple contraptions are used to survey for night-flying insects. 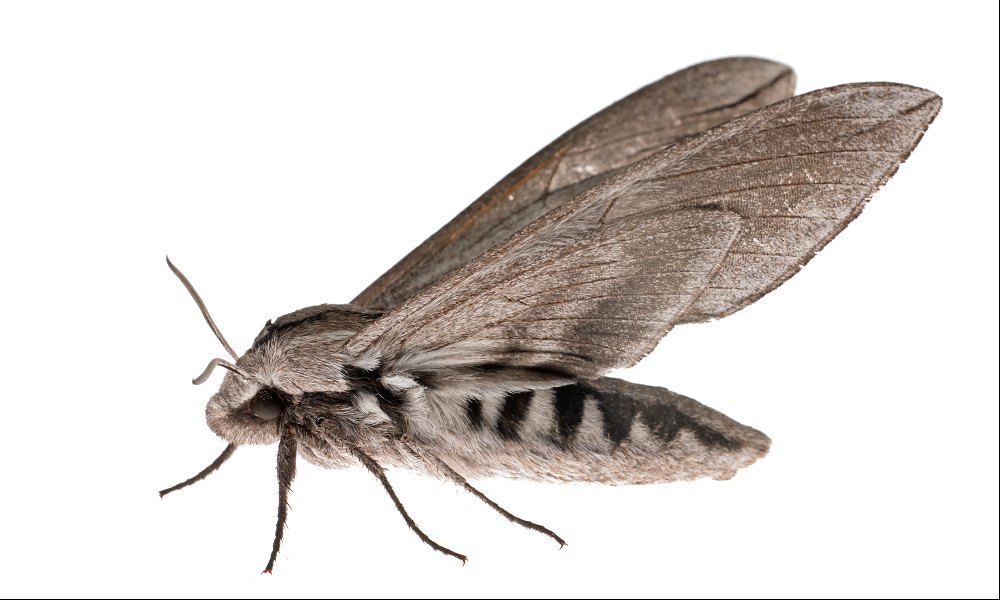 A hermit sphinx moth, a large species that flies and sips nectar like a hummingbird, was attracted to the light trap. 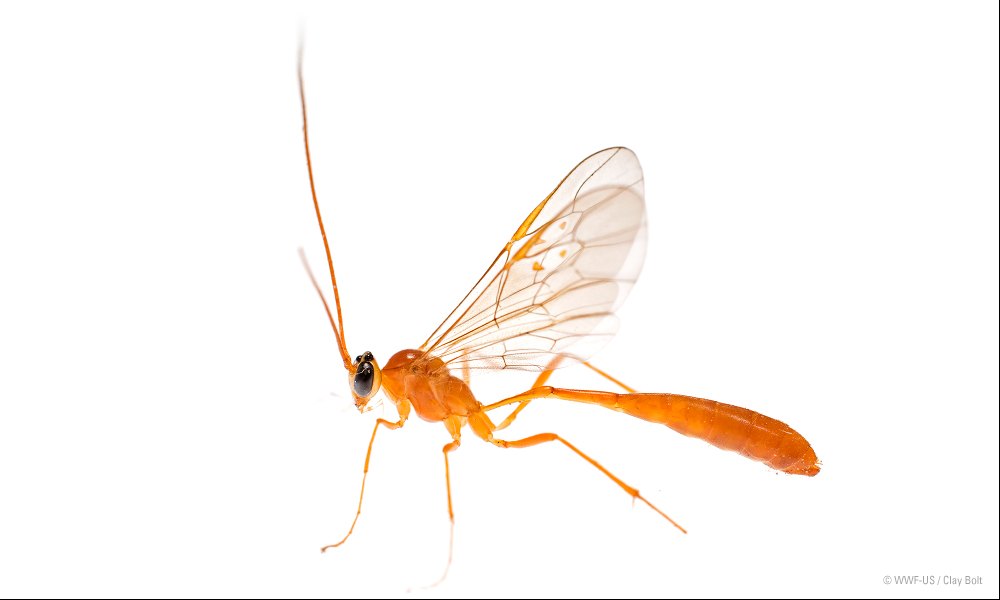 Some types of ichneumon wasps like this Enicospilus species are attracted to lights at night. They are valuable parasitic species that keep caterpillar and other insects populations under control. 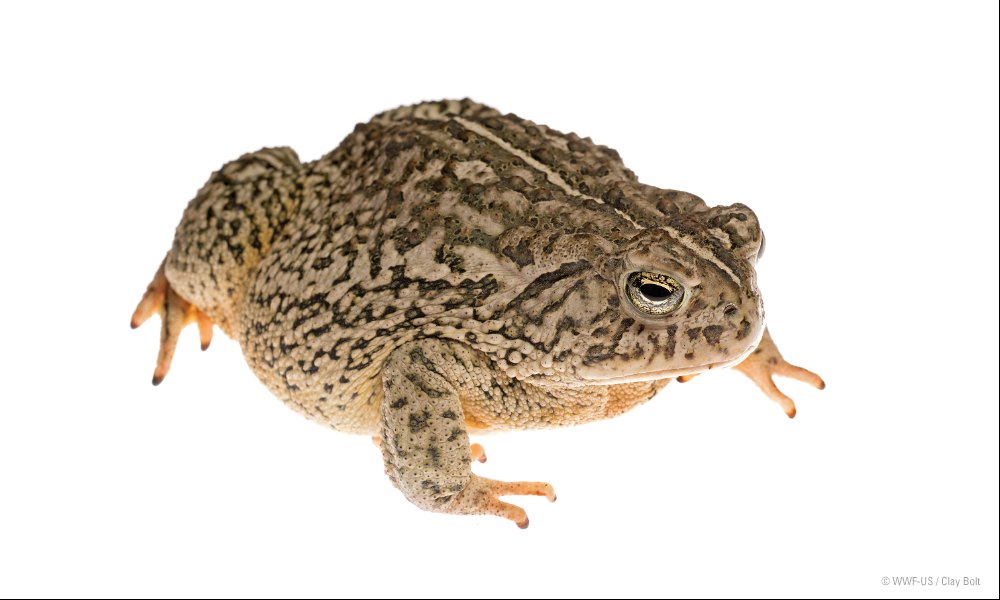 Light traps may also attract opportunistic predatory animals such as this portly Woodhouse's toad that filled her belly with insects around Kate's back porch. 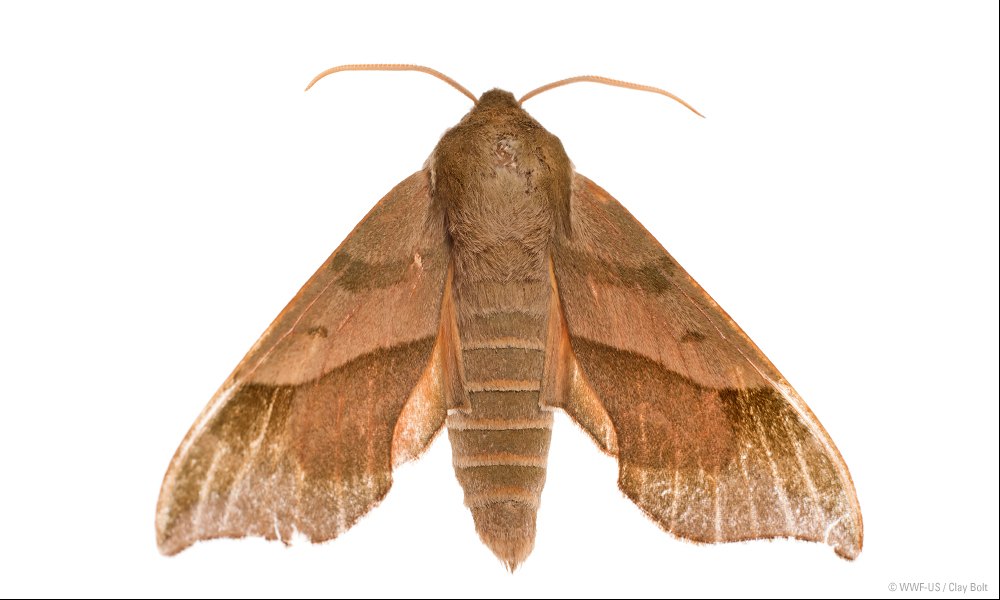 The Virginia creeper sphinx moth Darapsa myron) can be found from the east coast, west to North Dakota and south into Mexico.

That night we spent a couple of hours “ooohing” and “ahhhing” over the array of creatures that were drawn to the light. Orange ichneumonid wasps, chafer beetles, and a few stunning sphinx moths materialized. We also delighted in seeing possibly the world’s chubbiest toad—an extremely large Woodhouse’s toad—that came out at dusk to add a few more insects to her already impressive belly.

As we turned off the light for the night, several insects remained firmly attached to the rippling sheet. I wished them well and as we walked to the house, I couldn’t help but wonder how many others we had failed to attract. As the screen door slammed behind me, I found myself already thinking about the next morning’s activities when I’d planned to search for my favorite quarry—native bees—and the wildflowers that they feed upon. Based on what I’d already experienced on the 33, I’d surely have no shortage of subjects to photograph.
~
Visit next month for third and final installment of this story. Read part one here.