For several years prior to the emergence of COVID-19, health experts had been warning that it wasn’t a matter of if, but when a worldwide pandemic would strike.  In the December before Donald Trump took office, Bill Gates cautioned then President-Elect Trump that the biggest threat in the next 10 years would not be “missiles, but microbes.”

We’ve all seen the movies, and read the books about diseases that rapidly spread around the world, but how many of us actually believed that this would all come true one day during in our lifetimes? For many people, building resiliency and long-term forward thinking into their daily lives can be challenging. Most ranchers will tell you that preparing for the worst of times is just part of the job.

How does a rancher prepare for a global pandemic though? With market prices for live animal sales currently down and the cost of on-the-shelf beef products high, many producers have already begun to feel the sting of these strange times. Others have fared better but warily eye the upcoming October and November market sales. But then again, the uncertainties of the rises and falls of the ranching business are one of the only consistencies that producers can rely upon. Moisture cycles go up and down, market prices rise and fall, and consumer preferences ebb and flow. So how does one ensure that they are prepared to weather these storms, both literally and metaphorically? 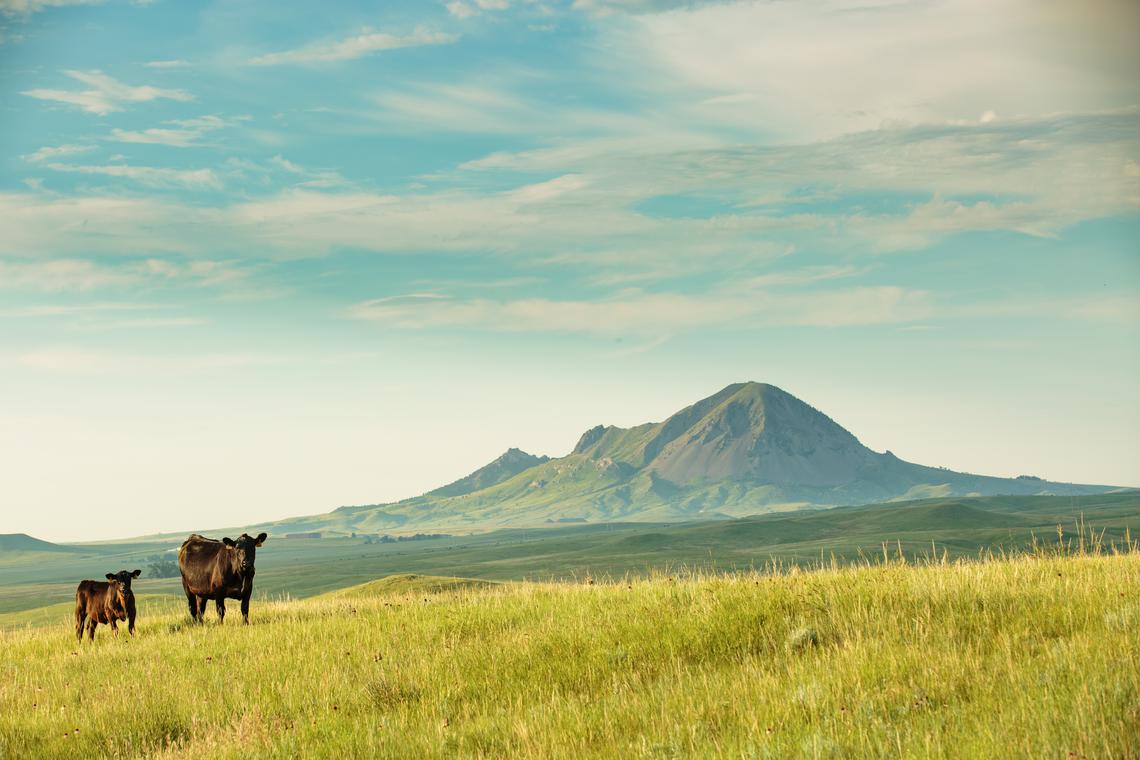 One solution can be found within good land stewardship.  Conservation-based management practices provide flexibility for producers when the market won’t bend. “Doing the right thing is very profitable,” said South Dakota Rancher, Ed Blair. Based out of Sturgis, South Dakota, Blair manages the 40,000-acre Blair Brothers Angus Ranch alongside his brother Rich and their sons Chad and Britton. The Blair family knows a thing or two about sustainable ranching. They were recently awarded the 2020 South Dakota Leopold Conservation Award® for their decades long commitment to management practices such as rotational grazing and no-till. Of course, no two ranches are alike and each operation has to come up with their own unique combination of the techniques that are available.

“You’ve got to use the types of offsetting risks that are available. Most of the producers I know don’t know how to offset their risks, or manage their risks very well,” Blair shared. “I’ve always believed in stockpiling grass. That’s always been beneficial. [You can] use the resource, but don’t abuse it.” He offers this advice, “you’ve got to have a rest in their somewhere. You have to let the grass rejuvenate.” When times are tough, access to surplus grass will allow producers like the Blairs to keep cattle grazing longer until market conditions improve.

Practices that allow grass to remain healthy and in good supply are beneficial to other grassland inhabitants as well. Grassland birds are a prime example. “The Blairs have been noted for their management for wildlife habitat and participation in conservation programs,” said Kevin Ellison, Grassland Ecologist for World Wildlife Fund’s (WWF) Northern Great Plains Program. “Bird surveyors have found a diversity of grassland species on their land, ranging from curlews, northern harriers, and sage grouse to longspurs, grasshopper sparrows, bobolinks, and meadowlarks.” Among the 19 key species WWF is surveying for in South Dakota, five to nine of those target species per year were found during surveys at the Blair’s ranch between 2017-2020. Ellison continues, “The diversity of species present reflects not only the scale of intact grasslands in the area, but also the quality of the pastures with grass grazed at heights appropriate for the different species through their rotational grazing.” 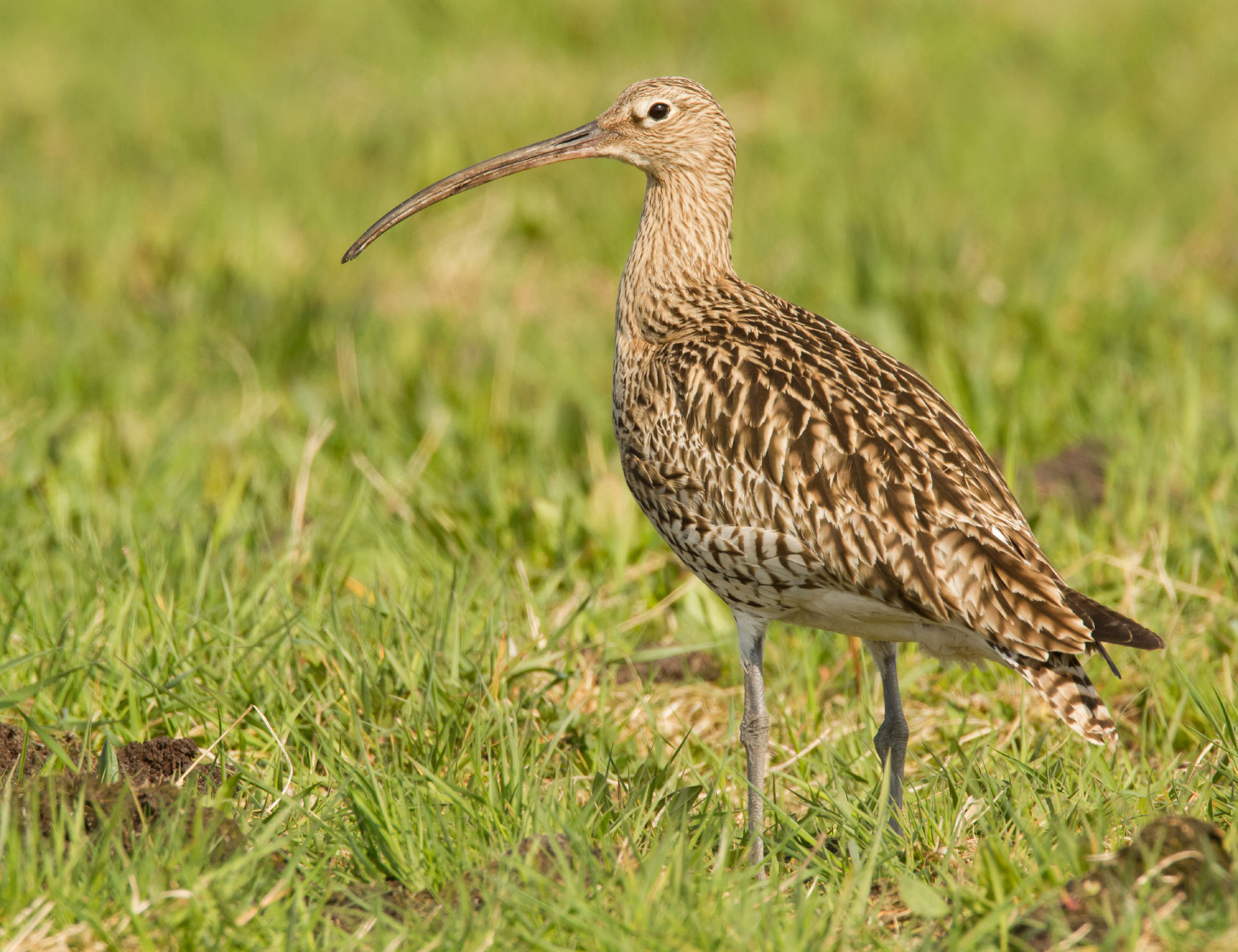 Curlews and other other grassland birds can be found on the Blair family ranch thanks to good management practices, © Shutterstock

For some ranchers, COVID-19 will offer an opportunity for reflecting upon and reevaluating their operations. The ranching community is, and has always been, one that thrives on lifelong learning. And while a pandemic hasn’t been something that it’s come up against in a century, each innovative solution, no matter the root cause, will mean another year surviving what life throws their way. Like Ed Blair says, doing the right thing for the grasslands is good for business but “people have [really] got to want to do it. It’s fairly easy, but you’ve got to want it to do it.”